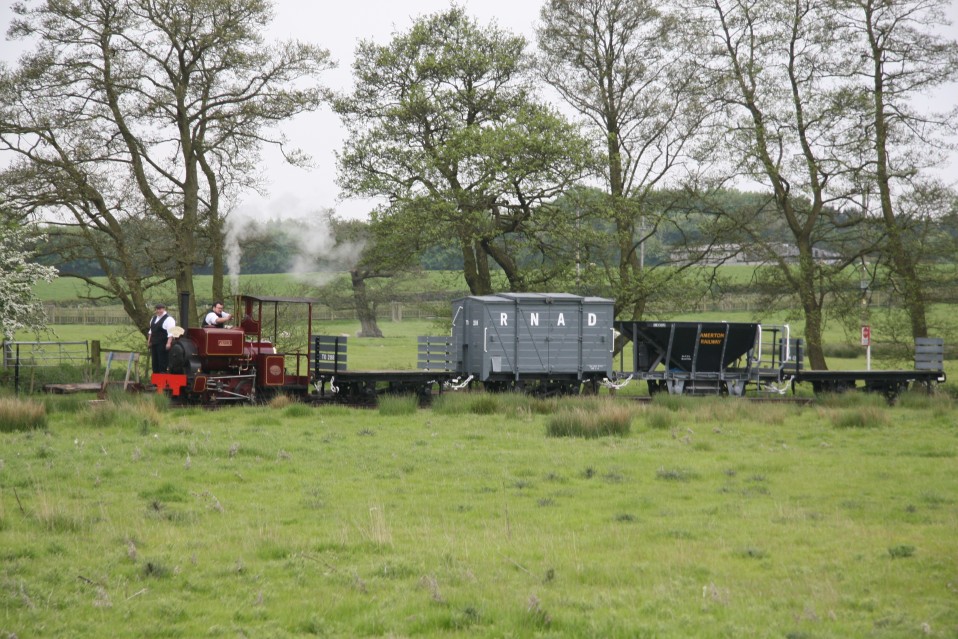 The Amerton Railway team are pleased with the success of our joint Stafford & Uttoxeter Railway book signing/25th “Cutting the First Sod” anniversary event held on 23rd May. We welcomed many visitors to the railway, including residents of villages along the former line of the S&U, who came to see the memorabilia displayed in the Chartley Building which once stood on Stowe by Chartley station and to buy copies of the book which were signed by Mike Fell, one of the authors who had travelled all the way from Hull to be with us – thank you Mike.

The event was formally opened with short speeches from Mike Heenan, former Mayor of Stafford, who had spoken at the Cutting of the First Sod 25 years ago and Councillor Mike Smith who is the Amerton Railway’s contact with Stafford Borough Council in their role as joint owner of “Isabel”.

After the speeches the “offical party” travelled on the railway, their train being hauled by “Isabel” which carried the headboard commemorating T D Allen Civil that was first used at our Steam Gala in 2013 in acknowledgment of the very significant part that Allen played in both ensuring the preservation and return to steam of “Isabel” and the construction of the Amerton Railway. We were pleased that Allen’s widow Pearl and his grandson Phil could join us at this special event and ride with the opening party.

We hope the pictures give a flavour of this most enjoyable event.