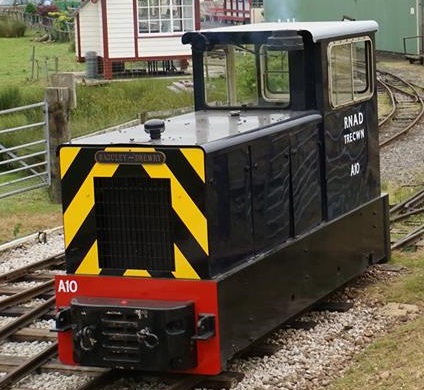 A10, previously a 2′ 6″ gauge locomotive, was purchased by RNAD Trecwn to shunt their extensive ammunition network. Latterly it was used infrequently at Statfold Barn Railway before being purchased by Amerton Railway in 2017.

A10 is not currently in regular use on passenger trains, it requires some engine work to improve starting and emissions, and requires air brake modifications to make it compatible with the railway’s existing stock. You will however see A10 out in force at Everything Goes Gala events, where it hauls passenger and freight trains using a braking system adapter. It is also used fairly regularly on engineering trains as it is far more powerful than any of the other diesel locomotives in the fleet.