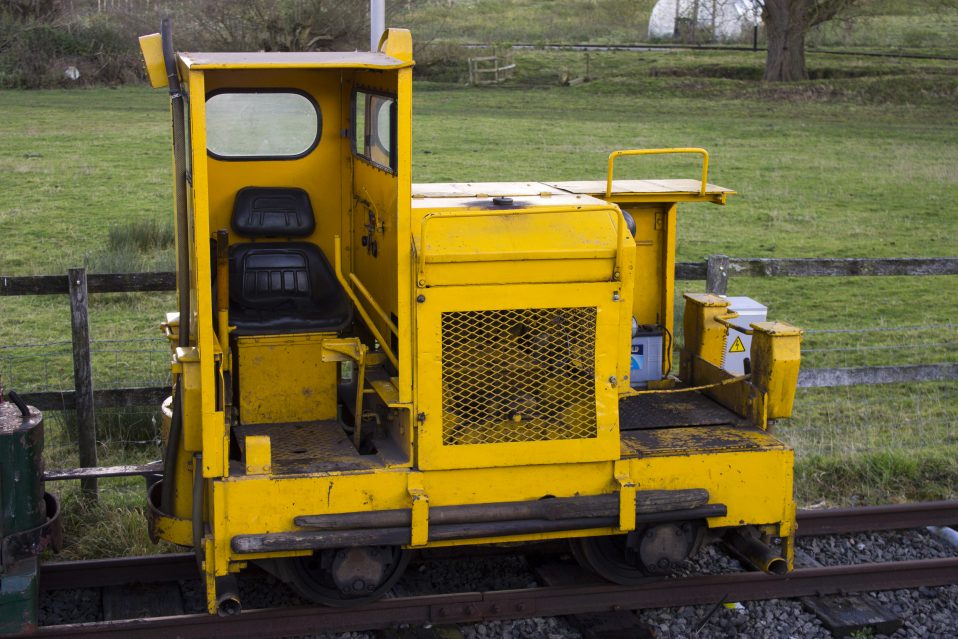 This modern Simplex locomotive was one of three locos delivered new to Severn Trent Water Authority of Minworth Sewage Works in 1975. It formed part of a cancelled order from Messrs Railway Mine and Plantation Ltd and cost £5,082 + VAT at 8%. 746, as it was known, worked on the extensive system hauling sludge from the filter beds until the Railway closed in February 1989. Fitted with an air-cooled Deutz F3L engine developing 44 hp and a two-speed gearbox, it was ultimately purchased by John Strike and Nick Curtis and moved to John’s garage in Tamworth in July 1989. Here, the loco was completely stripped down for a full restoration to be undertaken. Work included re-profiling the tyres, a new clutch thrust bearing, brake blocks and a full repaint in original yellow livery.

The Simplex was delivered to Amerton on 28th March 1991, she has since been used extensively during the construction of the railway and shortly after delivery received a top end overhaul.

You will be able to see this locomotive running at most Everything Goes Galas, it even hauls passenger trains!