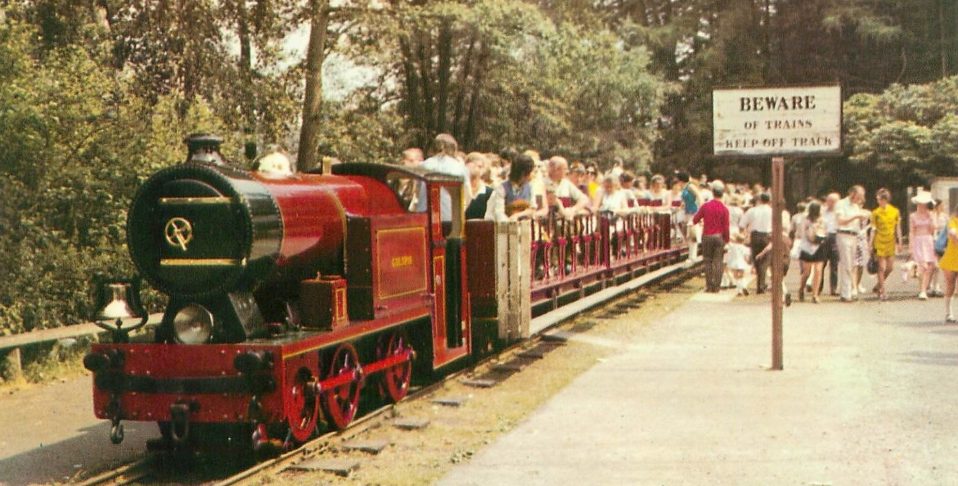 Golspie is a steam-outlined, but originally petrol-engined 0-4-0 built by E.E. Baguley in 1935. Delivered new to the Duke of Sutherland’s Trentham Gardens, it became one of three similar Baguley locomotives on the mile-long line.

In 1938, Golspie received a new 3-speed gearbox, and later the original Baguley petrol engine was replaced by a 4.4 litre Perkins 4.270 diesel engine of around 60 hp. The railway regrettably closed at the end of the summer season in 1988 and was largely moved to Alton Towers, although the first loco Brora travelled north to Dunrobin Castle in the Highlands. Golspie, by now named The Trentham Express, was never used at Alton Towers and was stored in the open, being stripped of a few spares, but otherwise remaining a very original machine. The loco arrived at Amerton on 9th May 2000.

Golspie is currently under restoration at Amerton Railway where funds allow, our intention is to restore her to pristine condition as seen in the photographs from Trentham. On the 23rd April 2013 the Perkins 4.270 engine was started for the first time (probably since leaving Trentham in 1988). After some work to the forward/reverse and high/low speed gearboxes, she has moved under her own power. Much more work is needed in order to complete the restoration, if you would like to support us please see our donations page for information.