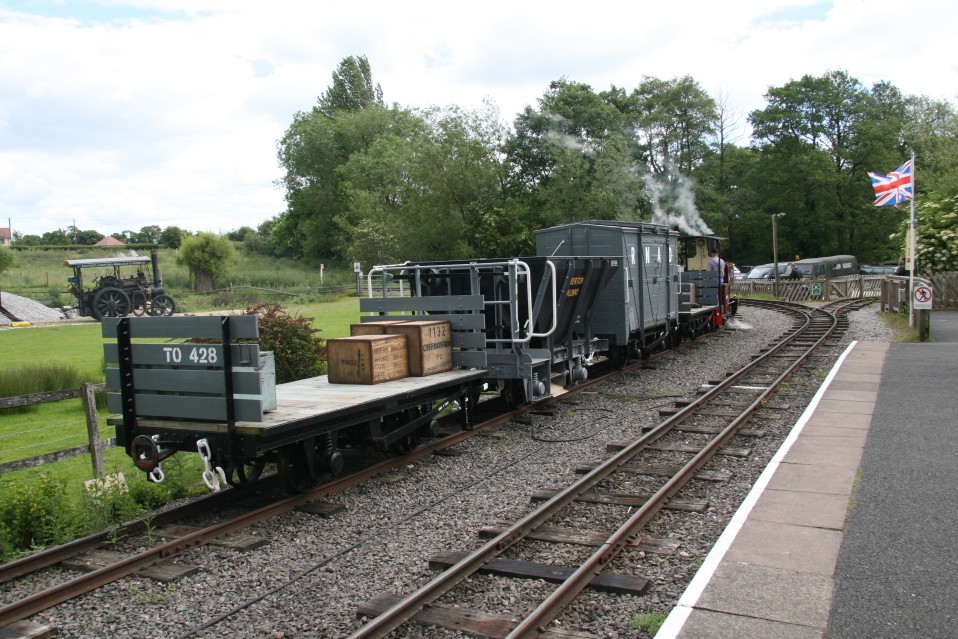 Coach No. 5,
Welsh Highland Railway, Portmadoc,
based on the frames of Ammunition Wagons, ex-RAF Fauld

The railway owns 3x Ex-RAF Fauld Ammunition Wagons, 1 being privately own, and the 3 have recently undergone restoration and these can be now been found in our demonstration goods trains

Almost all of the skips we have on the railway were built by Robert Hudson Ltd. We also have some parts for an Allens of Tipton skip. They were used on the Droitwich Canal and the Surrey & Hants Canal. Most were recovered from a Wirrel based scrapyard. We don’t often use these in the demonstration freight trains at galas as they are slightly out of gauge at 600mm rather than 610mm.